Help sponsor the cost of 10 oxygen concentrators for a makeshift hospital providing free treatment to underprivileged patients in Ahmednagar, Maharashtra

Note: Donations are eligible for a deduction u/s 80G of the Income Tax Act

We are all aware of the havoc that the pandemic is causing everywhere. We are living in times when daily death toll because of the virus is touching 4K. The struggle is not limited to unavailability of hospital beds or getting timely treatment but also extends to inaccessibility to cremation space for those who have passed. These are truly testing times and with the support of one and all, we will be able to put this behind us in the near future.

The NGOs involved: Established in 2011, Step Up Charitable Foundation was founded with the mission to uplift underserved communities. One of its NGO partners, Snehalaya works for the rehabilitation of people  with HIV/AIDS, victims of domestic violence, and other exploited and underserved sections of the society. Snehalaya’s sister concern, Anamprem (founded in 2005) works with the differently abled in rural areas and is based in Ahmednagar.

A hospital for the underserved in Ahmednagar: As no beds are available in the hospitals in the district, getting patients admitted and treated became extremely challenging. That’s when Anamprem decided to set-up a 130-bed facility to provide free of cost treatment for the underprivileged patients in and around the district. Anamprem (the NGO) estimates that the these facilities will be able to help over 700 patients.

The hospital meets the following needs of the in-patients:

Fundraiser for oxygen concentrators: ShareALittle has partnered with Step-up Charitable Foundation to sponsor the cost of 10 oxygen concentrators (10 litre capacity) and procure and deliver the same to the hospital at Ahmednagar to ensure timely treatment of all patients who require it.

Together, we can ensure that all lives that can be saved will be saved. Nobody should be denied the right of medical facilities when we are in the middle of a pandemic. Make a donation on the ShareALittle platform and spread the word of the campaign to your friends and family. Remember that each penny matters because a little goes a long way! Join the movement and help the patients breathe. #ProjectOxygen

The time to act is NOW!

Note: All donations are eligible for a deduction under section 80G of the Income Tax Act.

About the campaign creator

There are no reviews yet.

Be the first to review “Project Oxygen” Cancel reply

Why is the "donate/back this" button not working?

This might be the case if your ad blocker is active. Please turn the ad blocker off for this site and refresh the page. The donate button should then work. If the problem persists, please reach us via WhatsApp/email/phone and we will guide you further!

Can I make a donation using an international card?

International payments are not currently acceptable for this campaign. Please use your Indian debit/credit card to make your donation.

Ask us a Question ? 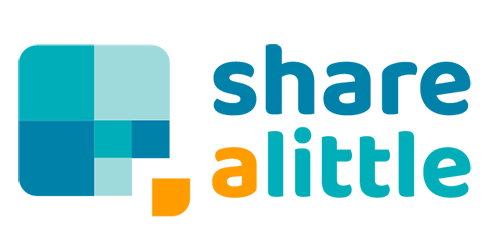 A little goes a long way!